Why is Tailgating Dangerous? 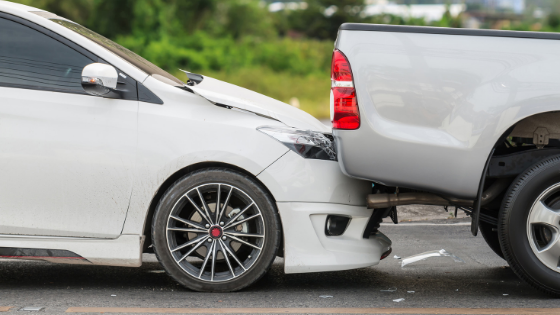 The Dangers of Tailgating

We’ve all been guilty of it—following the car in front of you too closely, also known as tailgating. It can be frustrating to follow behind a slow car, but it’s much more frustrating to deal with a car accident. Tailgating leads to rear-ending. It’s a common but reckless driving behavior that leads to many car wrecks. To be a safe driver, you should do what you can do to avoid tailgating.

Driving too closely behind the car in front of your leaves you very little reaction time to break in the case of an accident. You never know when you may need to brake quickly. Something may jump in front of a car, you may hit a patch of ice, another car may swerve—there are endless reasons why you may have little time to stop your car quickly.  The National Highway Traffic Safety Administration estimates that about 23% of accidents annually are caused by tailgating. About 2,000 deaths are reported each year in the US due to accidents caused by tailgating.

What to Do When You’re Being Tailgated

No one wants to be tailgated. There is nothing worse than being followed closely by an aggressive driver. If you are experiencing some unpleasant tailgating, you should move over and allow the car to pass. Though it can be frustrating, it’s easy to let them pass than to deal with unsafe driving. You may also consider raising your speed if you are comfortable and not going over the posted speed limit. You should not pump your brakes or stop suddenly—this will almost definitely cause an accident or at least encourage more aggressive and unsafe driving. Stunt driving can leave you liable in the case of a car accident. To be a safe driver and avoid tailgating at all costs.

Accidents caused by tailgating are almost always avoidable. They are also very common. If you have been rear-ended or been a victim to a tailgating accident, contact us at Flickinger Sutterfield and Boulton for a free quote! Our experienced team of lawyers will help you work through the case and get the compensation you deserve. We’ll go through things with you and make it as stress-free as possible for you. Reach out to us today for more information!